This document is a random collection of notes, thoughts and comments as we start to research the "inside workings" of Apple's Final Cut Pro package.

It's interesting to note that most of the Frameworks contained within Final Cut Pro X can also be found in Apple Motion, iMovie on iOS, iMovie on macOS and Clips on iOS.

What is a Framework?

A framework is a bundle (a structured directory) that contains a dynamic shared library along with associated resources, such as .nib files, image files, and header files. When you develop an application, your project links to one or more frameworks. For example, iPhone application projects link by default to the Foundation, UIKit, and Core Graphics frameworks. Your code accesses the capabilities of a framework through the application programming interface (API), which is published by the framework through its header files. Because the library is dynamically shared, multiple applications can access the framework code and resources simultaneously. The system loads the code and resources of a framework into memory, as needed, and shares the one copy of a resource among all applications.

I worked on that team for five years. There wasn't much work done on merging Shake and FCP. Most of the advanced work done by the core Shake team focused on the Helium renderer, which today is core to Pro Apps today. Shake's genius was how it was ultra-efficient as CPU-only code. Management had little interest in Shake and most resources went to Motion and Aperture; projects that Steve could related to when he wasn't completely absorbed by the iPad, the iPhone and the iTunes business ecosystem. The author of this patent, Christophe Souchard, is a French mathematician who had tons of prior experience at Discreet/Autodesk. He joined Apple when it purchased his Senso technology, which was the first Intel-based library to do advanced image scaling and frame-rate conversion using motion vector estimation. While at Apple, Christophe's skills impressed management enough that his position was labelled "Applied Magic", and a veteran aerospace software engineer was hired to perform curation and clerical code management for his inventions. He introduced the team to methods using partial differential equations and while exteremely slow to compute, his next-generation prototypes performed jaw-dropping feats 15 years before similar tools would be introduced by Adobe. None of this work ever came out because Apple had a policy not to release compute-intensive software. Randy Ubillos (father of FCP and close to Steve) wouldn't accept any operation that took longer than a second per frame to render. This relegated Christophe to a research position for a while, until Randy got so impressed that he monopolized Christophe to work on advanced concepts for FCPX. Randy had some clever ideas about shot alignment and automatic editing, and this patent is the result of one of their collaborative projects. Today Christophe works at Unity Technologies doing advanced AR work, and he consults on the side when he has the time. He's recently rumored to have authored the rendering engine for ColorSynth, a complex colour grading plugin for FCPX and Premiere.

Helium was done in Santa Monica by the mad frenchmen team at Apple; Arnaud Hervas, Emmanuel Mogenet and Chrisophe Souchard. Arnaud was the co-founder of Nothing Real, the company that produced Shake. The idea was to do automatic tiled rendering using all available compute resources, so CPU cores and GPU(s). It was a lot trickier than people would think, as math functions would be rounded differently on different resources, and this would affect pixel values. The renderer has to evaluate the render graph to intelligently tile the proper regions-of-interest; i.e. it has to know the size of convolution kernels and all parts of a shader to produce tiles that will later merge properly, and it has to do all of this in real-time. Beautiful work. Emmanuel is now an executive at Google Research in Switzerland. Arnaud is growing tomatoes in Culver City, when he's not working on camera alignement software. Apple could have done a lot more in the high end, but in the last days of Steve, the company shifted its focus on the mass market and mobile devices. It was the right thing to do for all the reasons we know today (the Bottom Line being the most evident), but in so doing it hurt engineering effors in high-end imaging across the world; Adobe was going through a bad patch and the Discreet team at Autodesk was in disarray. The high-end was picked up by The Foundry: Its founder, Bruno Nicoletti (a Discreet alumnus) had the clever idea to acquire Nuke from Digital Domain and he had the skills and industry knowledge to turn it into the work-horse that it's become today. Still, Nuke is a geek's tool and there could have been an opportunity for a more artist-oriented solution in the high-end. This would not be one of Apple's pursuits: After a couple of years of soul-searching it became clear in 2007 that the future of Apple would be the iPhone and that all the Pro Apps stuff was no longer interesting. It survived nonetheless and I'd say that today the spirit of high(ish) end imaging is coming back to Apple. But so is the case at Adobe. In the end, the consumer wins and it's an exciting time to be buying graphics solutions.

Contains CompressorKit.bundle - which can also be found in Compressor and Motion - it's basically the Compressor engine.

​The FxPlug SDK is a compact yet powerful image processing plug-in architecture that lets you create new effects for Final Cut Pro and Motion. ​

I'm not exactly sure what this is but I'm ASSUMING it has something to do with the more complex side of Apple Motion (possibly rendering?) - due to the following string found in the executable:

I don't think this is much help to CommandPost.

This seems to be one of the most important frameworks for iMovie & Final Cut Pro.

It also contains the following Frameworks:

This framework seems to be the Core Data interface for Final Cut Pro. It contains the Compiled Core Data Models.

FaceCore is Apple's Face Recognition framework, which was acquired from Polar Rose.

​The FxPlug SDK is a compact yet powerful image processing plug-in architecture that lets you create new effects for Final Cut Pro and Motion. ​

Helium looks like it's the video processing engine for Final Cut Pro, and other ProApps (i.e. there's references to Shake in some of the frameworks).

It looks like it's using OpenGL's ARB Vertex Programming language?

Looks like it contains a bunch of OpenGL Shaders. Assuming it's a bunch of filters for Helium?

Looks like it contains a bunch of OpenGL Shaders. Assuming it's the "render" engine for Helium?

Senso looks like the Optical Flow engine (possibly the same that originally came from Shake?).

More Optical Flow code - but this looks less like OpenGL functions, and more like some kind of "interface"

Looks like another Framework for doing processing on the GPU using the OpenGL Shading Language. It has references to Metal as well. I'm ASSUMING that this the main Shader code.

Has two .glsl files inside:

This looks like the Framework that contains all of the ProApps UI elements - from Windows, to Audio Meters, to Toolbars and the Browser.

It contains a bunch of .car (CoreUI Archives) files, which can be extracted using Asset Catalog Tinkerer:

It contains a bunch of other interesting plain-text plist files:

It also contains a Perl script called viddiagnose.pl. I'm ASSUMING this is a script that creates Diagnostic reports for Apple to help debug FCPX?

There are also localised files in LOTS of different languages. In the English.lproj folder for example, it contains:

Ozone looks like it's the Apple Motion render engine. This Framework is identical in both Final Cut Pro & Motion.

This framework is quite big in terms of file size as it contains things like Environment Map's and Physical Layer Assets (all in OpenEXR format).

It contains one internal Framework:

As the name suggests, this looks like a Framework that handles audio mixing.

As the name suggests, this looks like the Plugin Manager for Final Cut Pro.

I'm not exactly sure what this Framework is, but given it contains a whole bunch of files such as:

...and the fact it's called "ProAppsFxSupport", one can only assume it's a support library for some of the internal effects Apple's ProApp's take advantage of.

This Framework also exists in Motion.

A shared Framework between Motion & Final Cut Pro, I assume this is something to do with colour processing.

Another shared Framework between Motion & Final Cut Pro, I believe this Framework also has to do with colour processing - such as blend modes, and colour space conversion.

I believe this Framework contains the Curve Editor used by Apple Motion.

The Framework that handles the OpenGL processing. I believe this creates an NSOpenGLContext (i.e. an object that represents an OpenGL graphics context, into which all OpenGL calls are rendered).

A shared Framework between Motion & Final Cut Pro, I assume this is something to do with graphics processing.

The Inspector UI used by Motion.

This looks like Motion's Framework for handling On-screen Controls.

It looks like it's doing processing on the GPU using the OpenGL Shading Language.

It has several .glsl files inside:

Looks like it uses Metal 1.0, and makes uses of the Helium Renderer.

Looks like it's used by Motion to do some kind of complex retiming algorithm's.

This Framework just looks like it's mainly a collection of UI images used by both Motion and Final Cut Pro.

This looks like it's the "backend" to the magnetic timeline - i.e. the framework that translates user interactions (such as mouse clicks and drags) to actions with Final Cut Pro's timeline.

It looks like you register "events" for the timeline, and this Framework handles these requests.

The TimeLineKit Framework. This is the Framework that makes up the Magnetic Timeline, and also the timelines for iMovie & Motion.

It contains a bunch of .caar files, which are binary plists.

The CornerRadius.plist file allows you to adjust the corner radius of clips in the timeline.

I believe filenames that say "SimpleMode" refer to iMovie.

I think this is the Framework that communicates with AV Foundations, CoreMedia, and handles video decoding, codecs, etc. 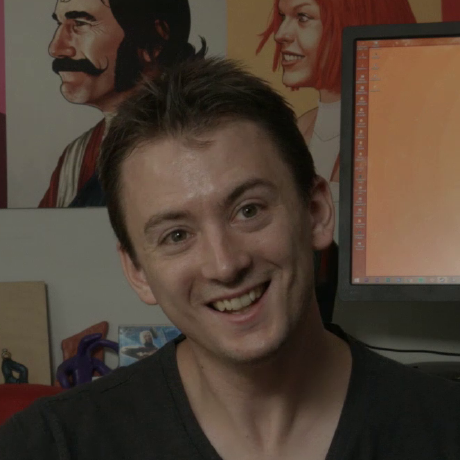